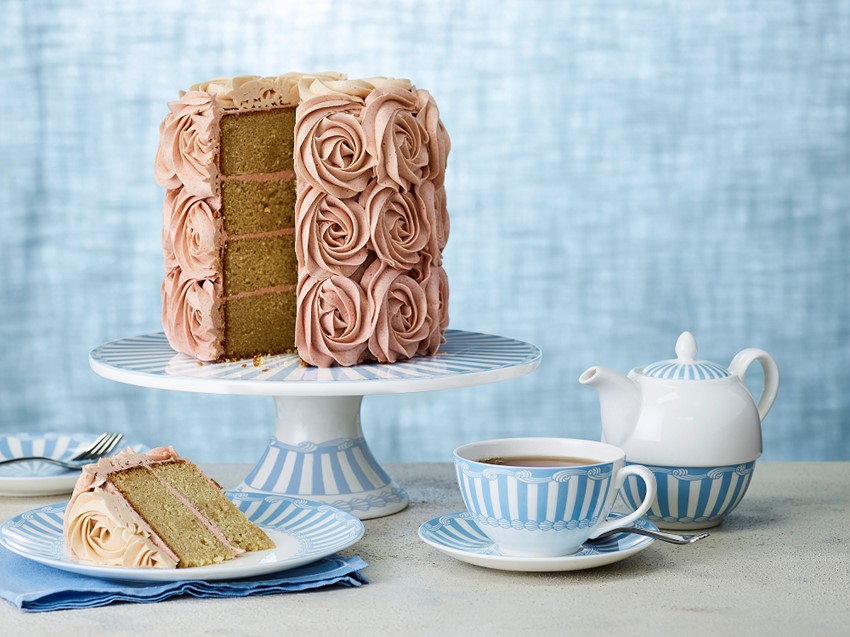 We have a close relationship with William Edwards as we share a passion for English craftsmanship and were therefore delighted to host the press launch of his new collection of homeware.

Building on the success of his exclusive chinaware collections for the world’s iconic hotels and Michelin-starred restaurants, including The Ledbury, Claridges and The Connaught, William is bringing the luxury of restaurant dining into the modern home with a range of seven stunning designs all crafted in Stoke-on-Trent, the heart of the British china industry.

William has partnered with two Michelin-starred chef, Brett Graham, on the “Frost” collection which features classic lines with an innovative frosted trim which adds a lustrous texture whilst avoiding finger-marking as the plate is set down on to the table.

William has also collaborated with celebrity cake maker, Mich Turner MBE, on a collection inspired by her 1950’s Chic cake.  Mich demonstrated that the china is the perfect partner for her delicious cakes by hosting a cake decorating masterclass at the press event.