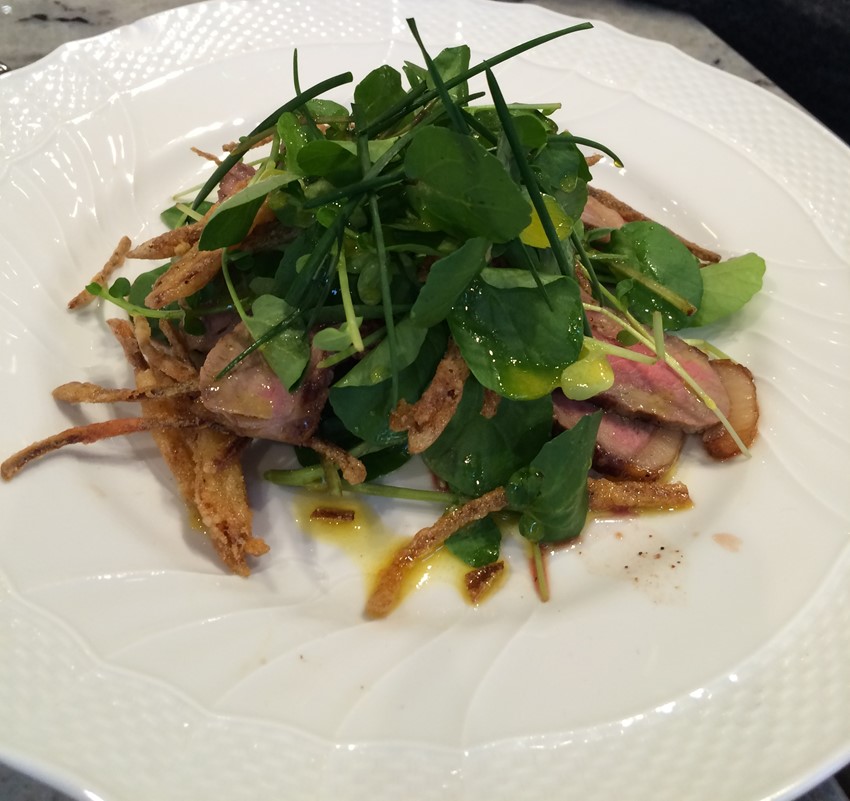 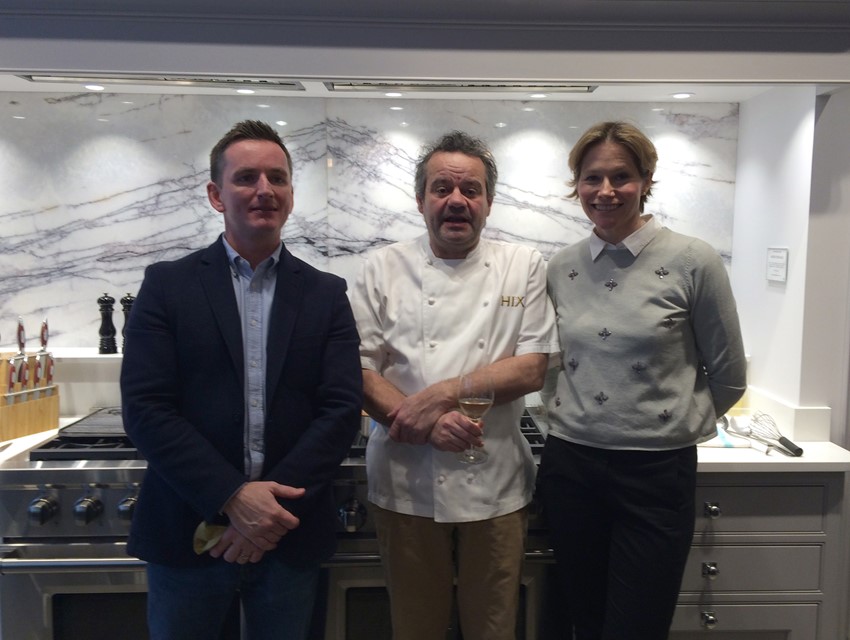 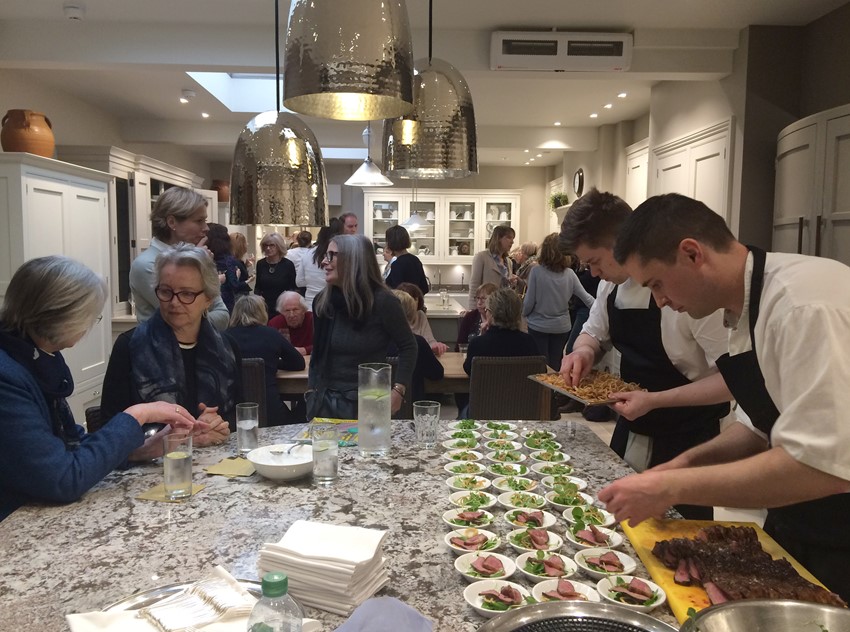 Celebrated chef, restaurateur and food writer Mark Hix, thrilled guests with inspiring dishes for spring. Mark, who is known for his original take on British gastronomy, opened his first restaurant, the distinguished HIX Oyster and Chop House in Smithfield in 2008 and since then has opened a further seven establishments including HIX Soho and HIX Townhouse, a boutique hotel in Lyme Regis.

As an ambassador for Sub-Zero and Wolf Mark showed how versatile these state-of-the-art appliances are as he cooked a delicious four course menu; asparagus risotto, wild herb salad with pickled walnuts and Little Wallop cheese, steak watercress and shallot salad and a sea buckthorn posset. In addition to giving a step-by-step guide Mark shared his passion for locally sourced ingredients which included sea buckthorn which is quite abundant along certain parts of our coastline, although it is often disregarded as an edible berry.

Carole Annett, Retail Editor at House & Garden magazine, and Design Director, Richard Moore, kicked off the day with a warm welcome to Mark and the House and Garden readers.  After the masterclass guests were lucky enough to taste each of the dishes as they made themselves at home in the stunning Martin Moore showroom.

For information on the latest roles we have available, please contact
Janet Wallace or visit our news page.